Not much is known about this terrible battle, although, Archie McStrivens still maintains that it was his great, great, great, not-so-great, great, great grandfather that started it all. Apparently, his GGGNG Grandfather, Charlie, wandered off whilst minding the sheep one day only to find himself kidnapped by a crew of lost Italian sailors, somewhere not too far from Glenfinnan.

Despite being able to speak a wide variety of European languages, the crew found Charlie's native tongue of 'Boggish' far too confusing for them and instead, attempted to teach him Italian which they failed at, miserably. However, there was one word that they did understand and that was 'Prince', a word that Charlie used on a regular basis whilst vigourously jabbing his finger towards his stomach. Eventually, the sailors, who understood this word, decided they must have kidnapped some kind of Royalty and gradually grew to greatly admire the young man who seemed to constantly assert his supposed social position by pointing. However, as any well educated historian will tell you, the word 'Prince' in Boggish actually translates as 'I'm hungry' which is just as well since every time Charlie pointed to himself, or rather his stomach, people would smile and sometimes offer him food. This misunderstanding went on for quite some time until eventually, one of the Italians somehow got it into his head that Charlie was actually the rightful heir to the English throne, and so they dressed Charlie in smart (rather effeminate if I may say so!) clothes and set sail for Scotland intending to help him regain his kingdom.

On reaching Scotland, the sailors landed quite near to where they had first found Charlie, at Glenfinnan, and this odd band of men spent the next few weeks following the hapless Charlie as he tried to find his way back to Gleboggin. In fact, Charlie was less than 80 miles from Glenboggin (as the crow flies) when he first set off but, his sense of direction was appalling and his homeward journey (further complicated by the fact that he had set off in entirely the wrong direction), took many months and even saw him travelling as far as York in Engaland at one point. His language was also a barrier and as many ancient 'Boggish' words sound similar to many swear words of the day, Charlie and the sailors found themselves often at odds with almost everyone they met. This more often than not ended in various skirmishes and fights. Only some of Charlie's fellow Highlanders had a basic understanding of Charlie's 'Boggish' language and were relatively happy to help him, despite his strange appearance.

Yet tradegy struck as he finally neared home at long last. Whilst marching his bedraggled band of supporters back across a hill just outside Inverness, Charlie once again managed to upset a large contingent of English soldiers when he asked directions of a rather stern looking general. In trying to communicate, he initially pointed to him and then in broad 'Boggish' and with one finger pointing to his rear end and the other, mistakenly pointing to the South, asked the English General how he might get his 'Ass back Home'. Despite being a polite request in Boggish, the General took this as a terrible insult and believed he was being told 'Where to Go' in a most rude and insulting manner. The general instanly declared war on Charlie and his group of comrades leaving many of them either slaughtered or badly injured. After this skirmish, and with only a handful of the original sailors left, Charlie stumbled away from the fracas and a few days later, and purely by chance, the remaining group found themselves wandering along dazed and confused in Gleboggin high street of all places. Believing the sailors to be sheep rustlers, a huge battle then broke out in the main street which went on all day and ended with all but Charlie being killed. Over the years, this terrible battle became known in Glenboggin as the '45.

However Charlie, as lucky as ever, managed to escape the fighting by changing out of his fancy clothes and slipping into an old sack he found lying next to a barn. On doing this, the citizens of Glenboggin instantly recognised him and hailed his rescue from the band of Sheep Rustlers as a great success.

According to Archie, even though Charlie tried to explain all about his adventures, nobody actually believed him so instead, he went back to looking after his sheep and never left Glenboggin ever again. 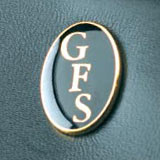